Changes at the BBC 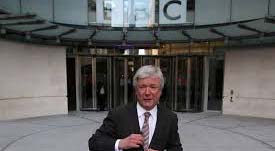 Tony Hall, the BBC Director General has been talking about changes which he’ll be introducing at the BBC. These include a host of new services and a much improved iPlayer where programmes can be accessed before they are broadcast and for 30 days after broadcast (as opposed to the present 7 day window). He said the BBC needs to be much more responsive to the ways in which audiences are changing. The BBC wants audiences to be more involved in programmes. The full speech can be found here.

The BBC has also come under attack from Grant Shapps, the Conservative Party Chairman, who has indicated that the BBC will have a fight on its hands to hold onto the licence fee when a new Charter comes into place in 2016. DCMS and the BBC have already started work on the new Charter and the Culture, Media and Sport Select Committee has announced its own inquiry into the future of the BBC to which IBT will be submitting evidence.

We’ll also be submitting evidence to the first BBC Trust review of all its news services. There’s been a lot of change in the news division including major cuts and the merger with the World Service. We would welcome any thoughts from IBT members on how well BBC News is doing in terms of its international coverage. If you’d like to contribute to our submission or make one of your own, please contact IBT’s Head of Campaigns, Sophie Chalk.