What is an IBT briefing? 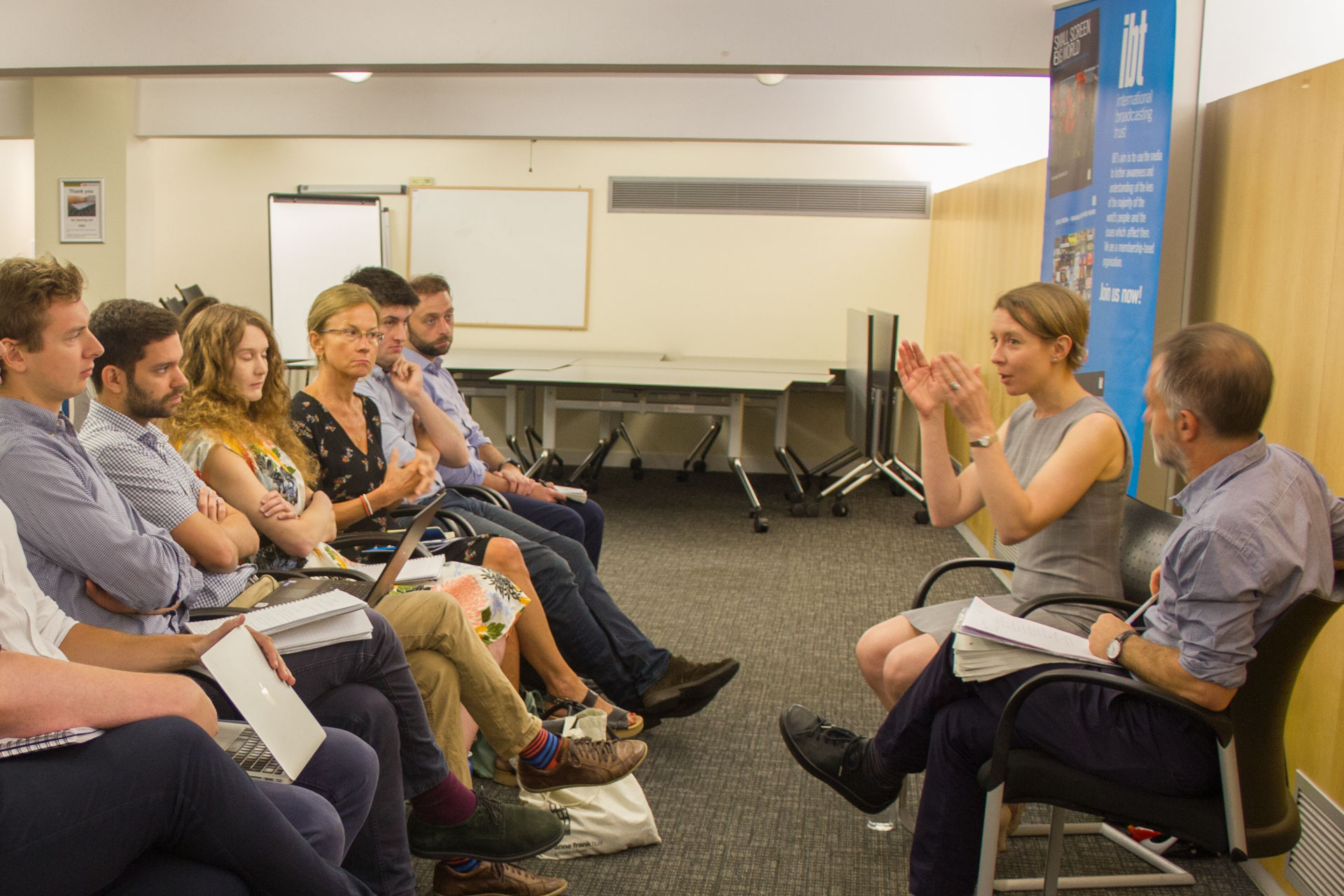 So what happens at an IBT briefing? We hold these events regularly so that our members can meet face to face with media decision makers.

Our last briefing was with Liz Corbin, Head of News at BBC World News. The BBC is, of course, a leading broadcaster when it comes to international content so we were all keen to hear how decisions are taken about which stories to cover.

BBC World News is the BBC’s most watched TV channel with a global audience of more than 100 million, so its news coverage is truly global, and much more varied that what we see on the BBC here in the UK.

Liz and her colleagues are very aware of who is watching the channel at any given time and the news agenda reflects this. For example, The Briefing at 5am is aimed at viewers in Europe and Africa; GMT at noon is aimed at Asia/Pacific and the US East coast.

Every story goes through a key test of ‘will this interest our audience?’ So if you’re pitching to Liz have that thought upper most in your mind. Like all news editors, she wants to know what’s new about a story and why it is relevant now.

One of the goals of the channel is to place global events in context and to explain wider trends to its audience.

Advice on pitching a story

Much of the briefing covered practical points such as how to pitch ideas to Liz; which stories worked best for her channel; who was watching and examples of successful collaborations with NGOs.

Liz encouraged IBT members to make contact with BBC bureaux in the countries in which they operated. When she ran the BBC team in Singapore, she had several key contacts amongst local NGOs and kept in regular touch with them.

Liz also told us about the BBC’s 50-50 policy – its target that half of all experts appearing on news programmes should be female by 2020.

This was having a big effect on day to day decisions so if you are suggesting an expert to appear on one of her shows you’ll have far more chance if it’s a woman.

When academics first started measuring these figures some BBC programmes such as Today had a ration of 6 to 1.

The BBC is such an influential broadcaster so how it tells stories about the developing world matter – and how it reports on the work of aid agencies.

These agencies have come under criticism for their handling of safeguarding, with coverage over the last few months focusing on Oxfam, then Save the Children and, most recently, MSF.

BBC World News covered the revelations about MSF, since they originated with the BBC’s Victoria Derbyshire show. An important question we wanted Liz to answer was how far this coverage had changed her view of NGOs.

It was reassuring to hear that her views hadn’t changed. Safeguarding was an issue for all sectors of society, she told us, therefore it was no surprise that NGOs were affected.

IBT briefings are open to all our members and free to attend. If you’re interested in joining IBT take a look at our membership page or get in touch mark@ibt.org.uk.