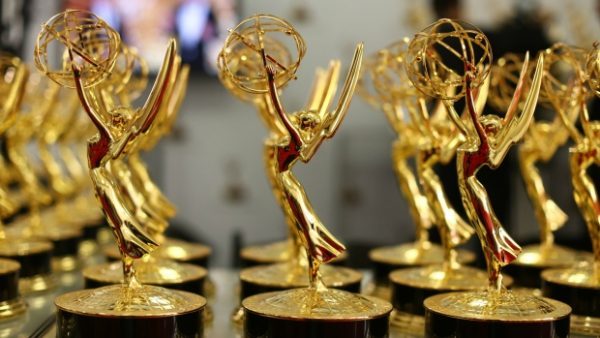 We need your help. Today we are launching the IBT award for the outstanding international television programme of 2017 and we need you to nominate your favourite programmes.

Despite the growth of social media, television remains hugely important as a way bringing global issues to mainstream audiences.

Who can be in any doubt as to the influence of television on the public – and even on some hard to reach politicians? If you read The Times today you will have seen its report that Secretary of State for the Environment, Michael Gove, is now a passionate advocate of tackling plastics pollution, having watched the final episode of Blue Planet 2 and, according to the newspaper, been ‘affected’ by what he saw. Congratulations must go of course to Sir David Attenborough and the team behind this amazing series.

No one can be unaware of Blue Planet but of course there is much television that goes uncelebrated. That’s why we are launching this award. A shortlist will be drawn up based on nominations received by IBT members, so please get in touch and tell me your favourite international programmes from 2017. To be eligible a programme must have an international theme and have been broadcast on radio or television, in the UK, in the calendar year 2017.

We are running this award in conjunction with VLV (Voice of the Listener and Viewer), the influential audience group. It will be presented at a special awards ceremony in the spring.

Of course there are many other TV awards – the BAFTAs, RTS, Grierson, Rory Peck, Amnesty and One World. So why a new award? There’s one simple reason. These awards are all judged by media professionals. The IBT award is different as it will be nominated exclusively by our members, who will have a very different set of priorities.

So let me take a personal look at some of the international programmes that have stood out in 2017. It’s been a good year for the traditional presenter-led format, with memorable examples such as The Ganges with Sue Perkins, Russia with Simon Reeve, Joanna Lumley’s India, Reggie Yates Extreme Russia and Stacey Dooley Investigates. The BBC’s Partition season had some memorable shows, notably My Family, Partition and Me and Dangerous Borders – A Journey Across India and Pakistan.

All the programmes I’ve mentioned so far come from the BBC or ITV. Channel 4 nowadays broadcasts far fewer international programmes, but what it does is always worth watching. This year there was The Fight for Mosul and Syria’s Disappeared: the Case Against Assad. And of course the inimitable Unreported World which in 2017 took us to so many countries that would otherwise not feature on television at all – Peru, Mexico, Senegal, Sierra Leone, Tanzania and Samoa, to name just a few.

When you review this list, it does seem that TV commissioners have settled very much on the presenter-led format. It’s a shame that there is not more experimentation. A few years ago we had Welcome to Rio on BBC2 and The Tribe on Channel 4. There is, however, one important exception. Keo, the producers of Welcome to Rio, brought us Exodus – Our Journey Continues. There is so much coverage of refugees in the media that we think we know all there is to know, but Exodus brings the human drama into our living rooms in a way that keeps you awake at night. It’s another reminder, along with Blue Planet, that television has a huge impact on the way we see the world.

We hope the IBT award will become a regular fixture and will encourage broadcasters to commission more high quality international content. This will only happen if you, our members, nominate your favourite programmes now. There’s no nomination form, just email me with your suggestions. The closing date for nominations is January 14, 2018.