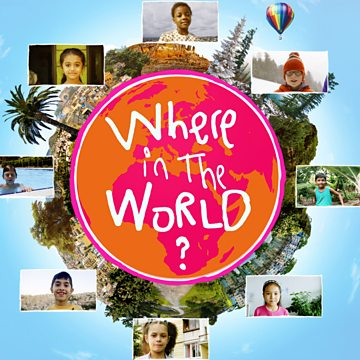 The future of children’s TV in the UK is under the spotlight and crucial decisions made in the next few months will have a serious impact on what children are able to watch on television.

For IBT members, engaging children, even as young as pre-schoolers, with the world outside the UK is essential if they are to grow up with a rounded understanding of how the world works and their place in it. IBT believes children need access to information about the lives and cultures of people in other countries and television has a vital role to play in providing this.

Recent research by Childwise showed that one in three British children aged nine to 16 said they were more worried about conflict in the world than anything else.

While many children are now watching video online, TV is still crucial because, unlike online, it is regulated to protect us from harmful content and has a statutory duty to be impartial and accurate. This is more important now than ever with the rise of fake news, identified in IBT’s recent report, Faking It – fake news and how it impacts on the charity sector.

For the past 15 years the quantity of TV programmes for children in the UK has declined steadily after quotas for the non-BBC public service channels (ITV, C4, Channel 5) were dropped. Now, most new content produced for children in the UK is broadcast by the BBC and the BBC can’t deliver enough content on its own. There are lots of pay TV channels for children but these mostly show US imports and don’t provide British kids with information relevant to their lives in the UK.

A wealth of research indicates that high quality programming can have a positive effect on children’s development and stimulate their interest in the world around them. This has always been a key element of the public value behind programmes like Blue Peter, Newsround, Magpie, Rainbow and How!

The list of entertaining, informative shows in the archives is a long one, but the list of such programmes currently being broadcast is much shorter. Newsround still plays a hugely important role but Blue Peter, while it runs excellent campaigns on sustainability and provides engaging science content, is largely domestic. International episodes of My Life on CBBC and the recent CBeebies series Where in the World are notable, but they are not the norm.

We want more content like Where in the World so that our children grow up aware of what is happening in the wider world and become engaged global citizens.

IBT is calling for more content for British children on TV which provides them with a window on the wider world, explaining different cultures, putting international events into context and providing a rounded understanding of where we fit in the scheme of things.

In December the government announced the launch of a £60 million fund for the production of kids’ content for UK TV channels and Ofcom is considering whether to introduce extra regulation to increase the amount of children’s content on ITV, Channel 4 and Channel 5. IBT is calling for the Contestable Fund to prioritise international content for children and has supported the introduction of extra quotas for the commercial public service channels to provide more content for children.

If you wish to support our campaign please get in touch.